A Comparison of Genealogy Conferences 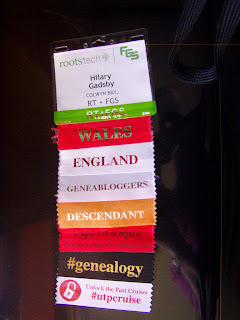 Who Do You Think You Are Live 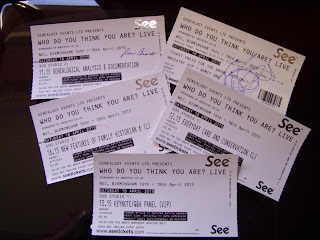 The comments in this post are from my own experience and others may have different perspective on the events.

There have been several posts on this blog discussing the big genealogy events this year. I was fortunate that I could attend the joint Rootstech and FGS conference in Salt Lake City in February and then last month I went to Who Do You Think You Are Live event on the last day at their new venue the National Exhibition Centre in Birmingham.
Rather than post another review I will do a comparison of the 2 events.

Who Do You Think You Are Live is undoubtedly the largest genealogy event in the UK and since it started has always been held in London, this year it moved north to Birmingham and this new venue changed the layout of the exhibit hall. The previous venue in Olympia was smaller and spread across 2 floors this time it was all on one floor. This being said I am certain that the whole of this event would have fitted into the vendor hall at the Rootstech and FGS conference.

The british event had a mixture of the big genealogy companies, smaller vendors and some of the family history societies and other specialist groups.

The WDYTYA Live event always has a session each day when there is an interview with a celebrity who has appeared on the show, this year it was Reggie Yates who explored his Ghanaian roots, Alistair McGowan who discovered more about his father's Anglo - Indian heritage and the one I attended had Tamzin Outhwaite whose Italian immigrant ancestors had been interred in Palace Camp on the Isle of Man during WW2. These give the viewers more insight into how the celebrities felt when they uncovered the story of their family.
This is part of the event that you do not get with the US conference which is very much run by the professionals and the LDS church. The celebrities at Rootstech gave talks to everyone whilst at WDYTYA it was only a proportion of the attendees who were there each day.

Had I only attended the Rootstech part of the US conference I would have struggled to find enough presentations, of interest to me, to fill my day and would have spent more time at the Family History Library, that said there were times when I had to choose what session I wanted to attend. I decided to miss any that were being recorded as I could catch them later at home.

Three of the talks I attended at WDYTYA Live were included in the price of my VIP ticket and I had decided these before I booked.
I could have paid less for a ticket but would then have had to book any of the SOG (Society of Genealogists) talks once I arrived on the day. If you can get there early and are not fussed about attending any specific talks or attend more than one day this could be an option. I am considering attending all 3 days next year and doing more browsing, attending the free talks on some of the stands and possibly helping as a volunteer on one of the stands.

I would certainly say to anyone considering coming to the UK for the WDYTYA Live event to do their homework and come with questions for the experts. The ask the expert section at the show can be a godsend if you have a particular problem you are stuck with. I did not use this in Birmingham as I am in an organization phase at the moment rather than research, I used it in London previously and the person I spoke to offered a few new avenues for my research.

Ultimately with any of these events you get out of them what you are prepared to put in. I met up with many individuals I knew online in the US but not so in the UK. Does this reflect the type of event or the different way they collaborate?

Maybe we need to embrace the US badge, ribbon and business card culture in the UK.
Here are a few of the photos I took at these events. 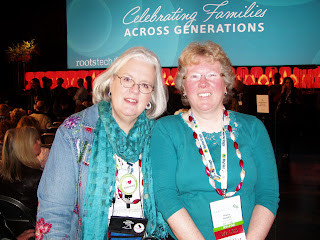 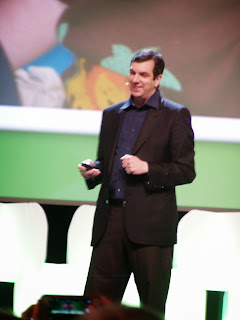 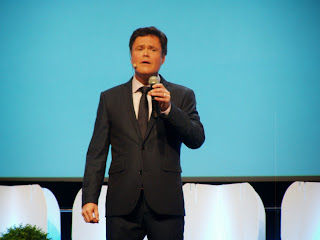 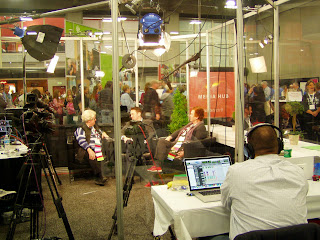 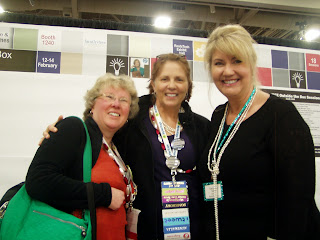 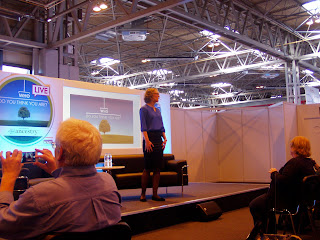 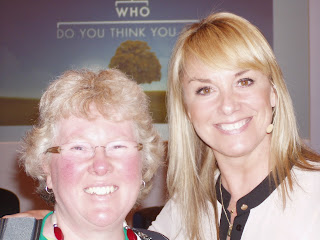 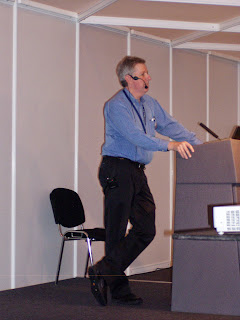