Genetic Genealogy at RootsTech and FGS 2015 When selecting my topic priorities among the diverse and tempting array of presentations at RootsTech and FGS 2015, I focused heavily on genetic genealogy. I’ve heard Australian presenter Kerry Farmer explain DNA at various times, which was a great foundation. I’ve also been trying to come to grips with the complexities of testing more and more in recent months.

The RootsTech and FGS combined conference seemed like a great opportunity for furthering my learning – after all there’s nothing like “try, try again” when you’re dealing with a complex concept.

So which talks did I attend on this topic? The Syllabus had a synopsis of each of these talks so it’s possible for all attendees to check out the core content in advance. Unfortunately it’s only accessible by those who were registered for the conference(s). However, at present you can order the sound recording of any of the Federation of Genealogical Societies talks for $US10 – a lot cheaper than the trip to the US.

I walked away from these presentations feeling I was on the right track with the understanding levels I'd reached, but also that there was a great deal more yet to learn, especially about mapping and phasing. It’s always good to hear different presenters too, because sometimes you twig to the message better from one person’s style than another.

Apart from learning the building blocks of DNA, these were my take-home messages from the different speakers:

I'm sure I went into DNA testing several years ago without an appropriate understanding of what I could achieve...or more relevantly, what I might not achieve. As Angie Bush “DNA doesn’t lie, but it doesn’t tell the stories and it doesn't tell the 'why'”. We need traditional genealogy to match up with genetic genealogy.

My big tie-breaker was testing my mother’s DNA, giving me clear DNA links to my maternal line, through matrilineal DNA and also autosomal: by default the rest of my autosomal should be my father’s since my parents don’t come from an endogamous population. Further advantage came from a couple of known cousins testing in their own right, and being able to link into known genealogical links. 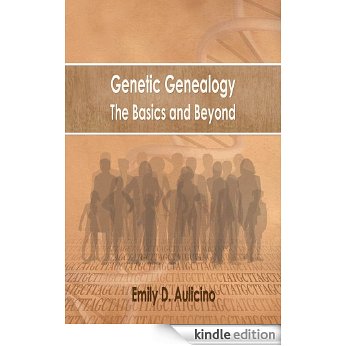 I have used Family Tree DNA for my family’s tests and have been happy with their product. However, at the talks I learned that Ancestry has had a boom in their autosomal testing in the past months and they are also moving into the United Kingdom and Ireland, which just might help with my research. Since the Ancestry test is not yet available in Australia I took the opportunity to do their test while in Salt Lake and post it back directly. After all I didn’t really need that rather nice black coat in Macy’s which cost about the same amount of money – sometimes genealogy is all about sacrifices.

I wonder how many of us have tested our DNA with one of the genetic genealogy companies. Have you?