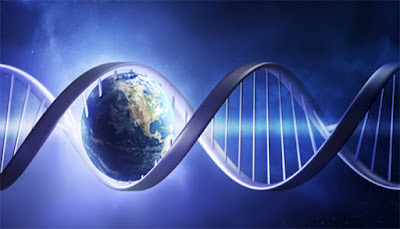 A World of family and ancestors, united by DNA

Worldwide Genealogical Collaboration
Cousins Find Each Other Around the World

Today’s technology and DNA testing provide all kinds of exciting opportunities in genealogical research.  Many of us, and I am surely one, believe that each individual has the right to know exactly who she/he is and to know her or his ancestors. As my own genealogical research progressed, it helped strengthen my identity-- as I learned about the ancestors whose DNA coursed through my own veins as well as theirs, hundreds of years ago.  Lately, I’ve learned that nowhere is this “need to know” stronger than for adoptees. Many, probably most adoptees feel the need to know their own individual identities and heritage.

I have a cousin named Bradley who was adopted. We didn’t know each other until we both did our DNA tests on Ancestry, and discovered our match.  Bradley and I have worked together a lot over the last year or so.  We have used Ancestry, FTDNA-Family Tree DNA, 23 and Me, and Gedmatch.com as well as other genealogical research sites and have learned amazing things.

Before Bradley contacted me about our DNA match, he had met another cousin named Courtney--DNA proved she was my cousin also!  I have to tell you, one of us is from California, one from North Carolina, and one from New York--we cover the whole of America, and we are cousins -- united by DNA and ancestors/genealogy. 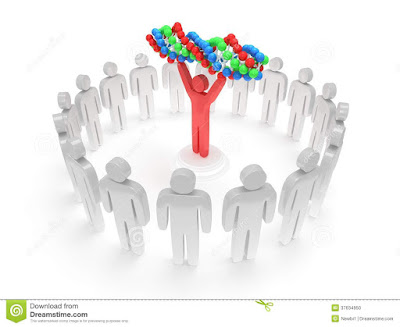 Bradley is a force of nature, who makes things happen. He found two other cousins, Stella and Zoe, both of whom were also adopted, and who are also related to him, and to Courtney and to me by DNA! That is truly incredible!  In my experience, finding five people, unknown to each other, from all over the world, all of whom are related by DNA to each other--well, I would wager that it would be a zero probability that we would find each other!  However, the miracle continues, even more amazing to me is that Stella had met another DNA- matched cousin  named Eva and she was related by DNA to the rest of us as well!  That made six of us, three from across the United States, and three from Central Europe -- the Netherlands, Germany, France, and Switzerland.  We are three adoptees and three who know their parents, all 4th, 5th, or 6th cousins!
Bradley then organized us into a group on Facebook, so that we could communicate more easily.  He invited one other DNA match of his to join the group hoping she might also match some of us. Laura did indeed match another one of us, another cherished cousin.  I asked my daughter Ali to join our group, as she speaks and reads German and French fluently, and was also a cousin of course! Eight of us, what a wonderful group of people, all dynamic and interesting to know!  Typically, the Europeans all speak and read English with different levels of experience, while we Americans only speak English, except for my daughter Ali, whose linguistic abilities did not come from her mother, but from other ancestors.

Eight people, eight cousins, three adoptees from all around the world-- united by a desire to know our common heritage -- awesome!  We truly engage in “Worldwide Genealogical Collaboration”!

We have been working together for a few months, but we may have just discovered our common line of ancestors, one of Netherlander origin.  We still have research to do to be sure.  As we identify our most recent common ancestor--possibly 4th, 5th, and 6th great grandparents depending on our cousinship and as the ancestral lines fall in place, birth parents are often-- usually identified.  It is a fact of research.  What happens next is a choice that adoptees and their birth parents, if living, have to make. Reunions can be fulfilling and joyful, or full of rejection. With DNA, technology, and our heritage research, identities can no longer be secret -- instead they can be stronger than ever.

There is one more phenomenal situation that we have discovered with our genealogical work together.  Our common ancestors, the Vreeland family, came to America in the mid 1600’s from the Netherlands to New Amsterdam (New York) in Colonial America. They helped found New Jersey, buying land from the Indians, and fighting in the Revolutionary War. Now, 350 years later, eight of us are getting to know each other and one completes this circle of migration.  Zoe was born in America, in New Jersey.  After her adoption, as a very young child of 2, she was taken to the Netherlands to be raised by her adoptive family. She brings OUR family full circle--from the Netherlands to New Jersey and from New Jersey back to Europe!  Isn’t that amazing!

Worldwide Genealogical Collaboration-- aren’t we blessed to be a part of it! Enjoy finding your cousins all over the world.

Until next time, Helen Holshouser 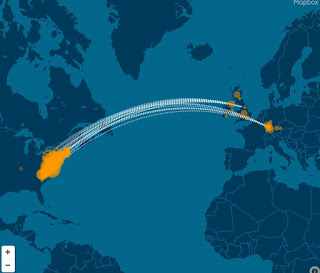 Map depicting migration of colonial settlers from Europe to America and back to Europe. --From DNA Genetic Communities, Ancestry.com.

There Is a Story Behind that picture...

My first inclination over the last month was to write a pet peeve of mine...well others too, but my daughter asked for some copies of her wedding pictures, and so many memories came flooding in.
Thus, you get to be treated to the story behind the pictures in her wedding photos.

Not everyone would have wedding pictures such as these, but we did not use a professional photographer. It was her grandmother would loved, loved to take pictures. The decorations for the reception were done as a newly joined family effort. The groom's parents and the bride's parents met in the cultural hall of the church (LDS terms) and combined their thoughts and work to make it a beautiful reception. It meant stringing twine back and forth across the room at about 10 feet and hanging individually blown balloons from it to drop the ceiling. It turned out wonderful.

That is just one story behind the pictures.

I will start with her dress. She had sewed each pearl on to the lace, that I added to the dress I made for her according to her specifications. There wasn't a pattern for the dress...the mom created it. In fact I was sewing the covered buttons on the sleeves as we drove from Houston to Dallas the night before the Wedding. They were sealed at the Dallas Temple.
Here is her dress. 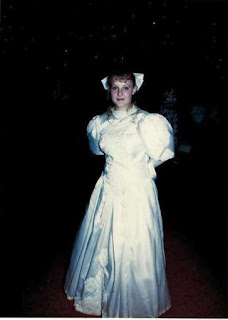 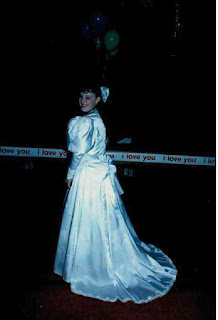 There was another dress story that still is brought to remind me I forget things. Her sister's dress I discovered when getting ready to go to the temple had not had all the covered buttons done in the back. I had to sew her into the dress ... yeah there was a lot of teasing around that. Yes, I also made all the bridesmaid dresses. 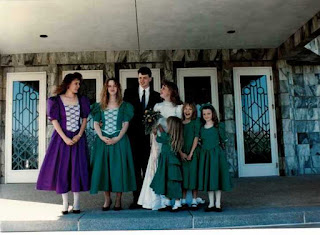 They were both jokers and it showed through out their reception. They had both been threatening each other with a food fight regarding the cake cutting. The picture shows the end results. 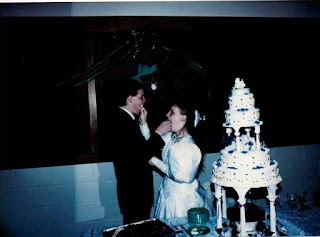 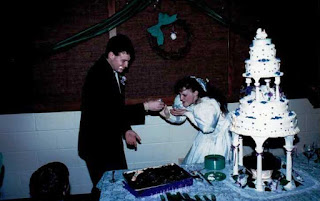 They decided it was their place to entertain the attendees of the reception... They sang a family favorite "You Can't Roller Skate in a Buffalo Herd" by Roger Miller. It was a funny event, and fitted both so well. 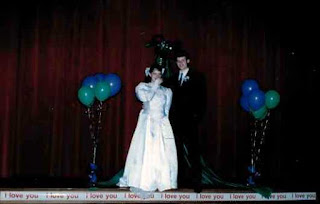 I am waiting on the groom to tell me what the grandmother said to him... may not be able to share. 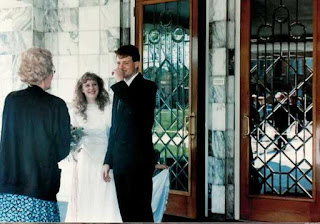 This was a memory lane for me, I hope you enjoyed it. My point is when going through those pictures, write the memory down that goes with it if you have it. Don't just write the name of the people in the picture on the back.
I love the stories.
Posted by FranE at 18:41 No comments: