World War I and the Wellington Quarries

On our recent travels we visited Arras and did a tour of the Western Front battlefields in northern France and Belgium, a very moving experience. We based ourselves in Arras and one of the completely unexpected places we visited was the Wellington Quarry Museum, or Carriere Wellington, in the town of Arras, a place that was massively affected during World War I, with many areas destroyed. It was also "home" to many of the British and Dominion troops.

We had known nothing at all about the Wellington Quarries before our visit so were all the more surprised by what we learned. They were pre-existing tunnels under Arras which had once been used to excavate chalk. The British army took advantage of this opportunity to use them in the lead-up to the Battle of Arras. Over a few months they were progressively expanded by the New Zealand Tunnelling Company and the Royal Engineers Tunnelling Companies.  Many of the tunnellers had prior experience in quarries or as miners.

The tunnels were intended to quarter over 20,000 men under the town of Arras, in a labyrinth which required street names and, I imagine, a good sense of direction. We were the only people on our tour with the Museum's English-speaking guide and it was hard to imagine the noise and busyness of a small town-beneath-a-town.

The in situ memorial retains many of the artefacts that the men left behind including touching drawings by some long-gone soldier, and the usual detritus like rusty cans. At one place, near Junction 5E, the priest said Mass before the men went into battle. As the time for engagement drew near, and the tunnels crept closer to the German lines above, it would have been necessary for the men to be pretty quiet in that vicinity. 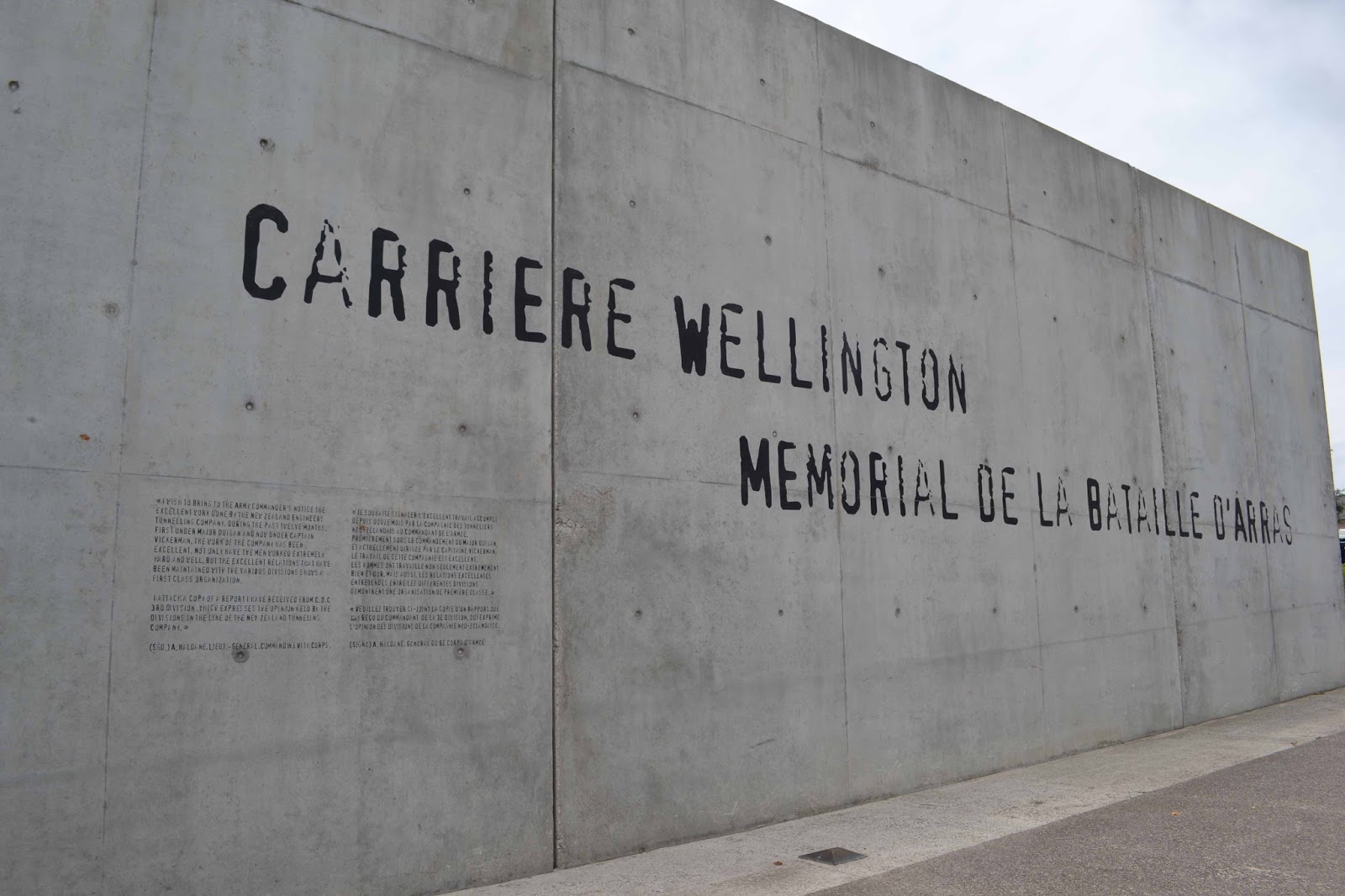 Another astonishing thing is that when the allies went into battle they erupted from the ground en masse just metres from the German lines…they must have hardly believed their eyes. Mines had also been laid under the German trenches and exploded near the commencement of the battle. What a shock too, for the troops who emerged at 5:30am from the relative quiet and darkness into the noise and pre-dawn light of the battlefield. 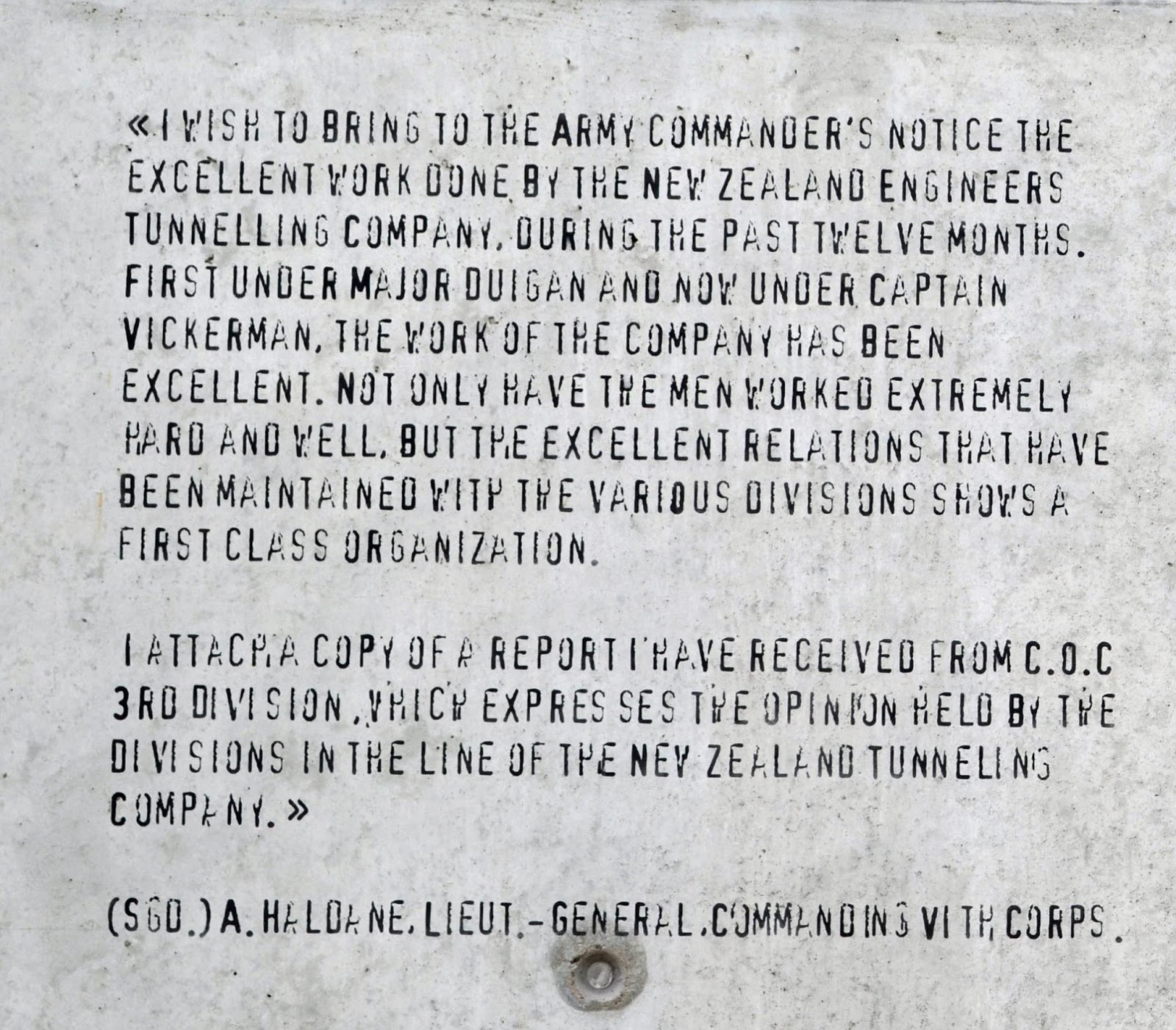 We were surprised to learn, too, that the very existence of the tunnels disappeared from the public memory between the wars, and then for a long time after World War II. We also learned one frivolous thing we’d not known before….the New Zealander hats were called Lemon Squeezers because that’s what they looked like.

During a chat with the staff after the tour I mentioned I’d be writing about it on my blog and so they asked if I could also bring to your attention, their proposed activities for the centenary of the Battle of Arras in April 1917.  The Museum is preparing an exhibition about the soldiers who were in Arras, and especially any of the New Zealand tunnellers who were in the Quarries.

In particular they are looking for:


If your family had any involvement with the Battle of Arras they would love to hear from you.

Please contact
The contact information for the Museum is wellington@explorearras.com or isabelle@explorearras.com. They have fluent English speakers working there so you can happily write in English if you don’t speak French.

Of course, it would be great to hear from relatives on this website as well. I’ve found this news story from the Waikato Times and will also email the contact to bring the Museum’s request to their attention. There’s also a Facebook page for the Kiwi Tunnellers. There is an excellent site on the NZ Tunnellers and more pictures on this website.