Are We Losing The Art of Written Communication?

What do you prize the most of an ancestor's that you never met?  For me, it is letters. It is like reaching across time and having a portion of their thoughts and their handwriting, which is a physical portion of them. Many I don't have pictures for, but I have little a bit of their personality.  For that reason, I treasure letters I have saved of aunts who wrote me when I first married.  Books written by two ancestors, Lemuel Roberts and William Bradford have been wonderful too.
What brought this to mind was some events that occured the last week with some grandchildren.  The oldest is always on the go, so I will text her and she can text me back later.  Hmmm... not a lasting communication and usually is generic conversation.  The next to the oldest, I called.  Conversation went like this... "Hi! How are you doing?"  "Good." (Now I have to start digging to get past good...)  Once again, not great communication nor lasting.
My sweet aunt never called, although there were telephones. This is an example of a letter from her. 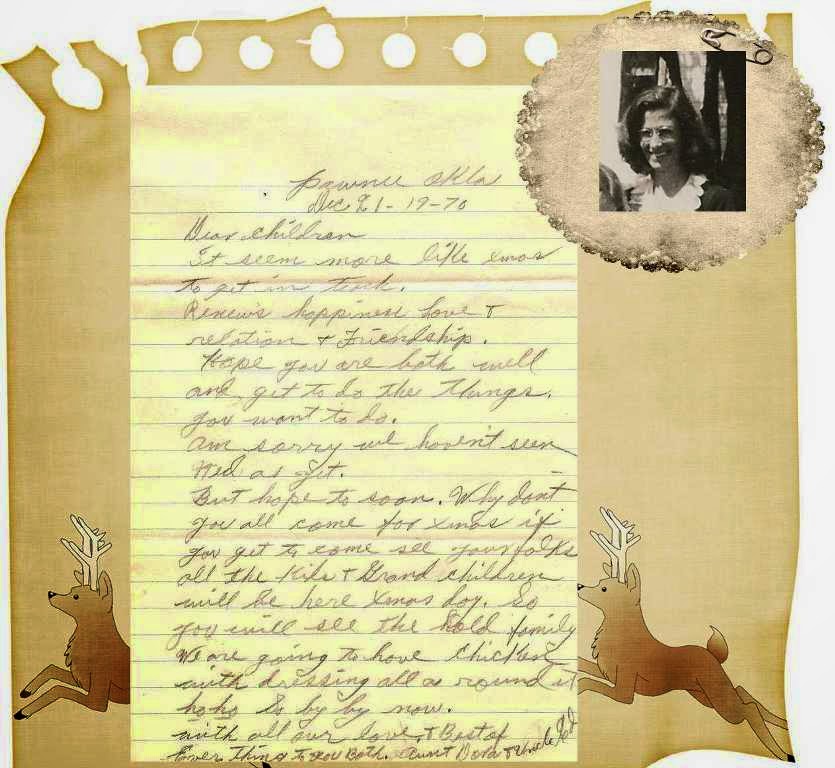 My great great grandfather wrote a letter to his nephew that was saved and has been passed around to countless descendants.  It tells what he thought about, and what was happening with his family for us to read, savor, and glean information from.

The Hero wrote a letter to his daughter when he arrived home after visiting with her. She still loves it now that he is gone. 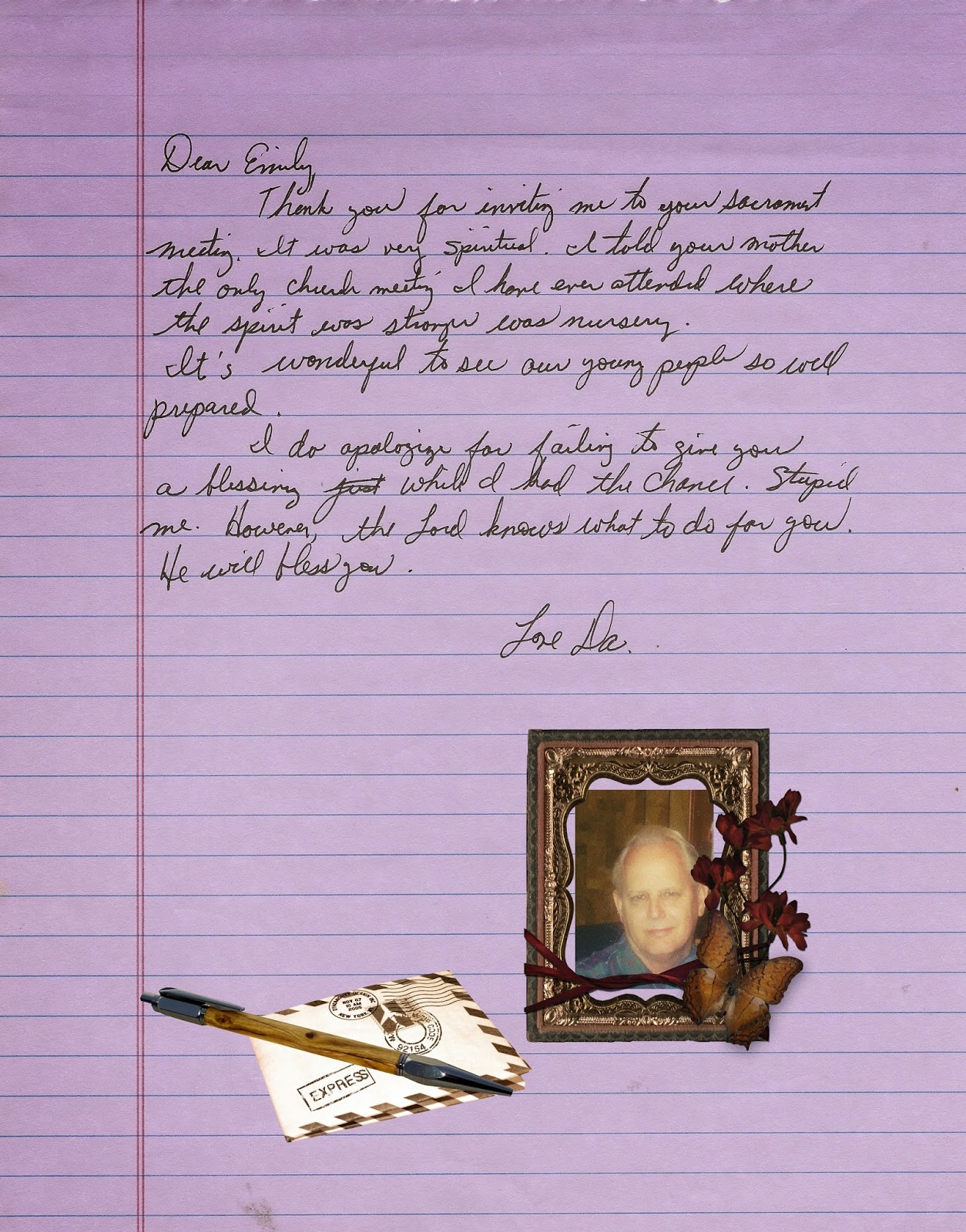 After contemplating today's texty and techy world, I have decided I am going back to writing letters to my granchildren, especially those that live over a day's ride from me. I will start putting a special message in Christmas cards for family that I communicate with in my handwriting not a computer generated message.
What do you think?
See you next month.